We harvested our cabbage trial this year in late July at the Muscatine Island Research Farm, Fruitland, IA. Treatments included three rates of biochar (2.5, 5, or 10 T/A) and a control (0T/A) that was incorporated and tilled into the soil (6-8" depth). Cabbage cultivar grown was 'Bronco'. We had a great season; cabbage grew well, and we had It has a nice rounded head that is protected by waxy leaves. Check out some pictures from the plot. Also attached are some blooper snaps of lab having fun ! 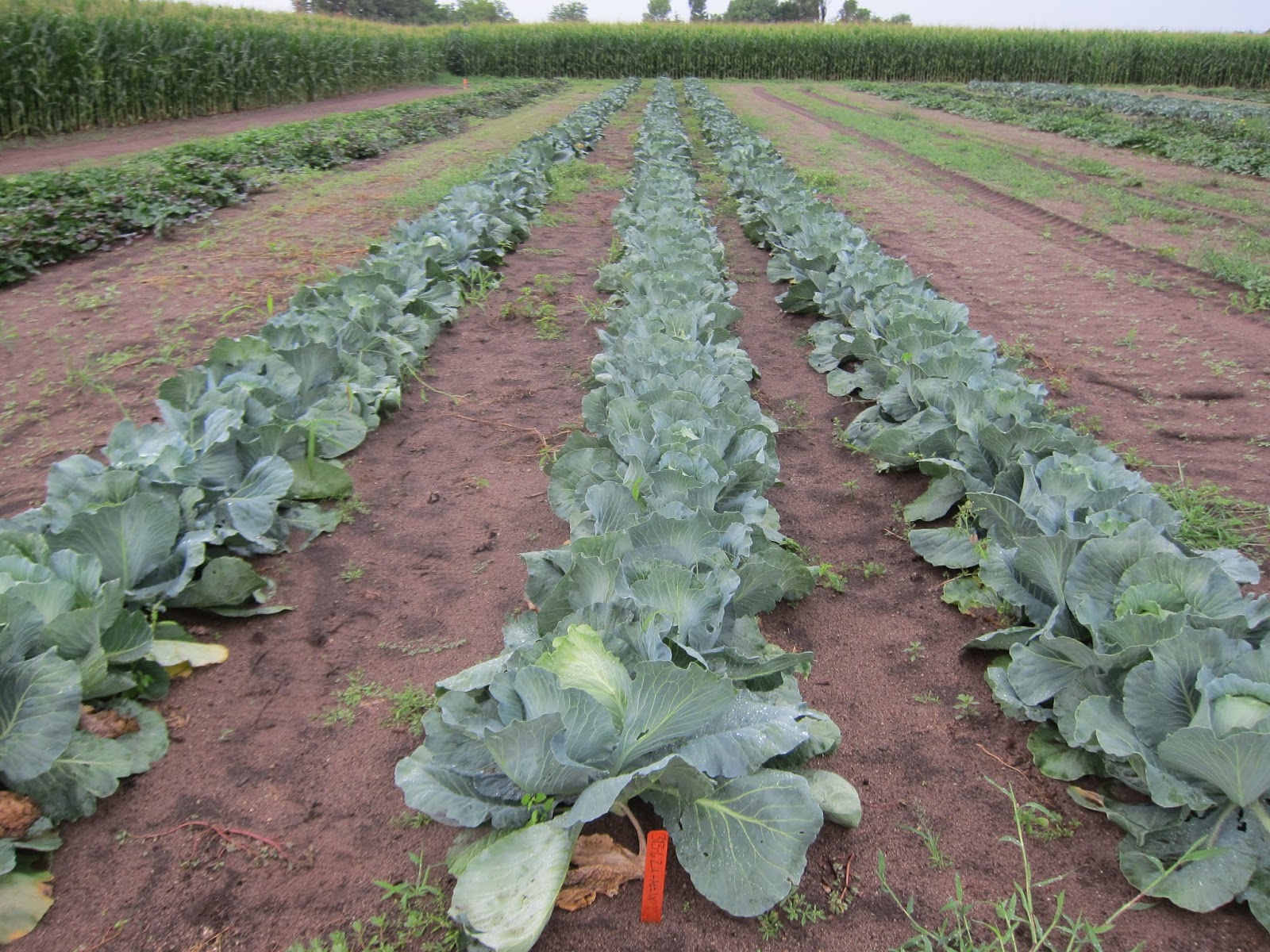 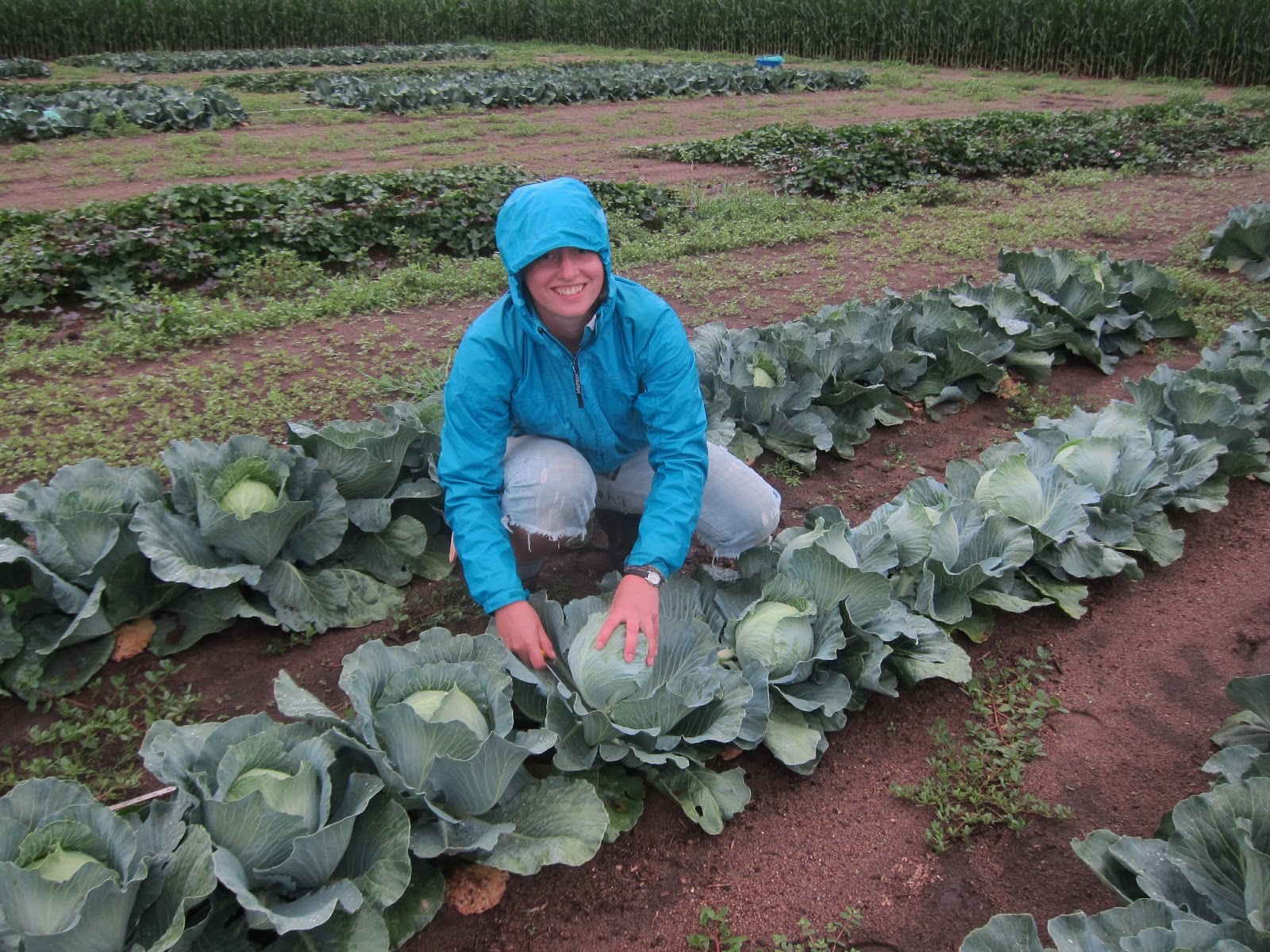 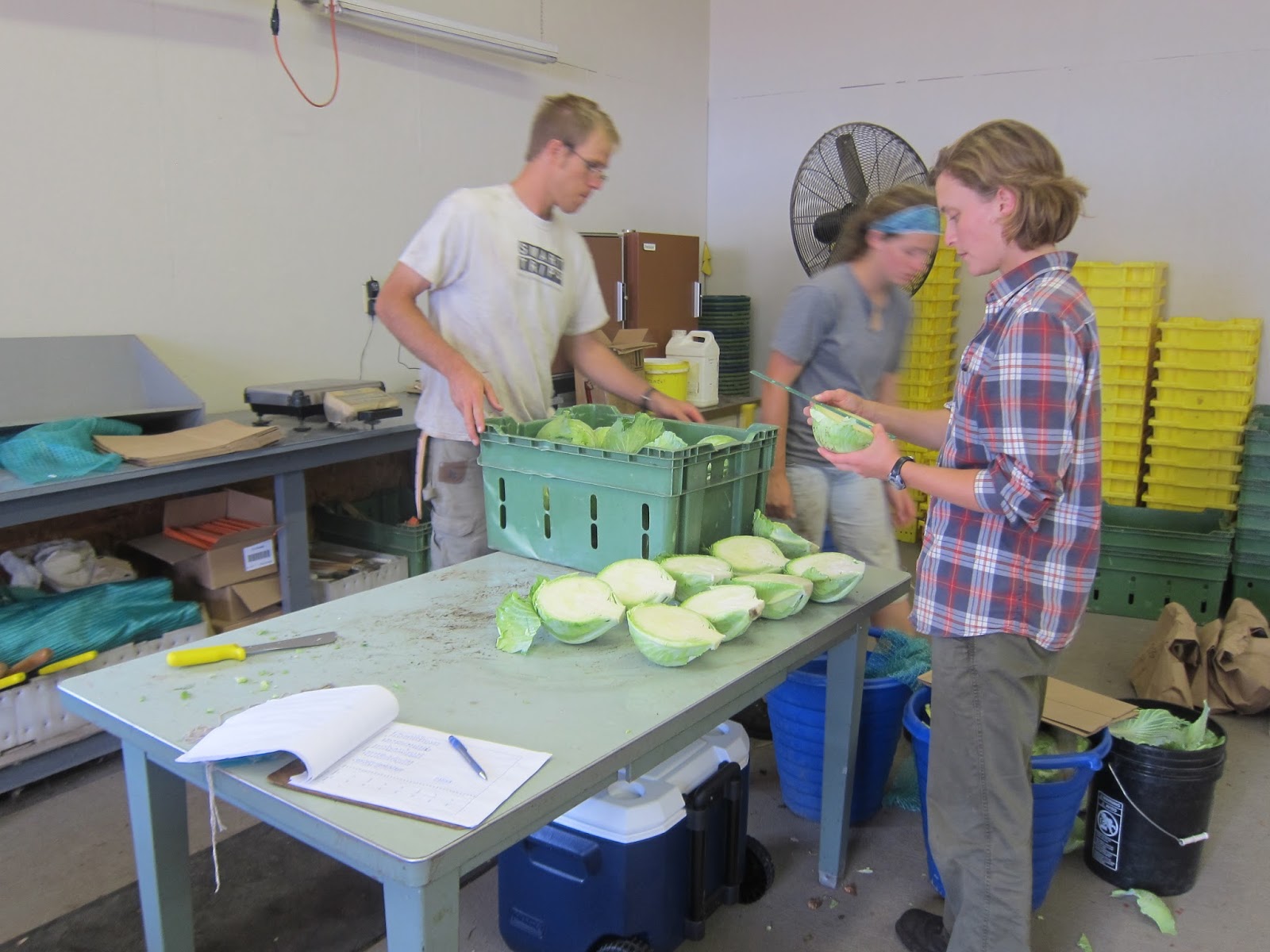 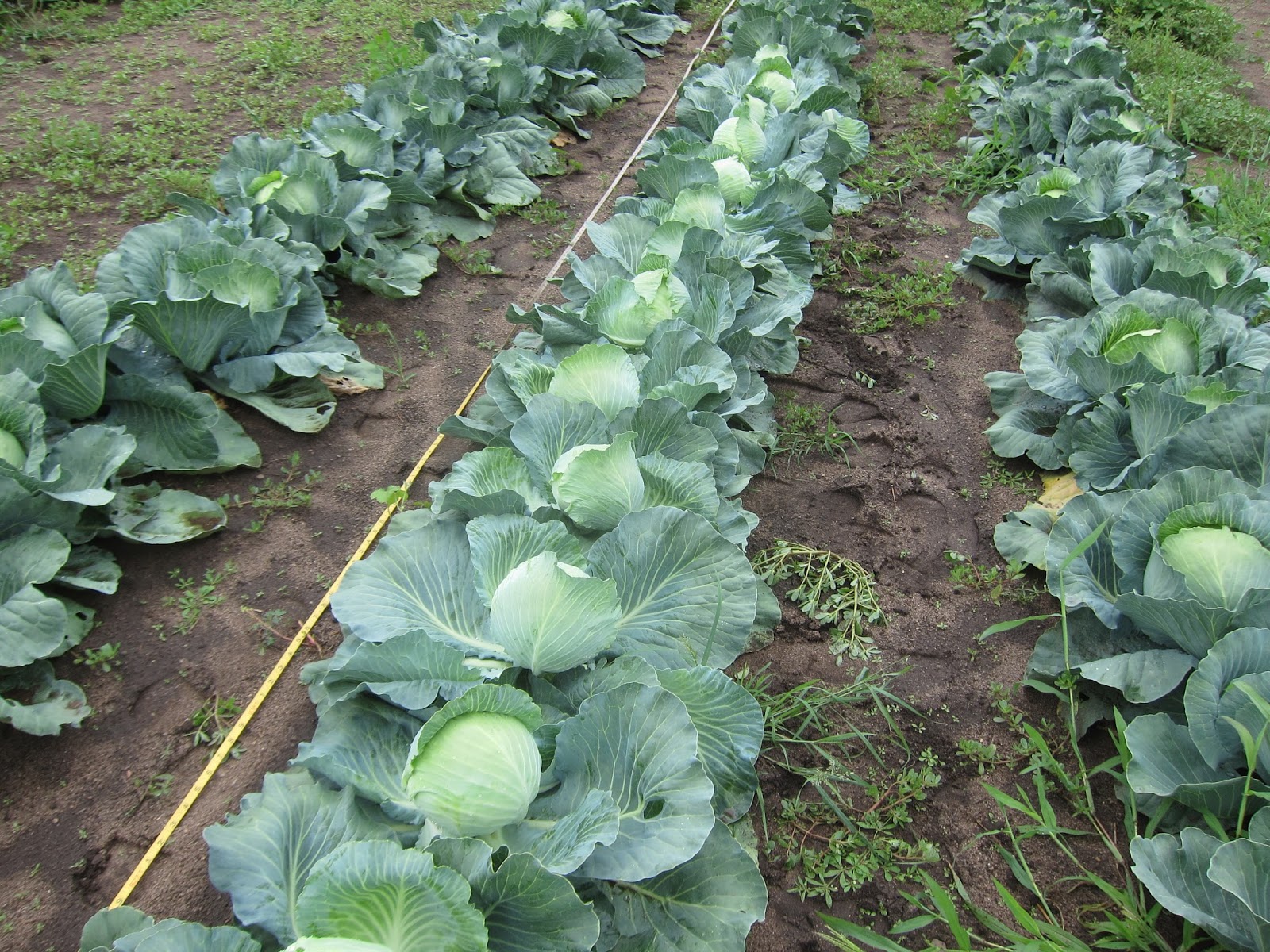 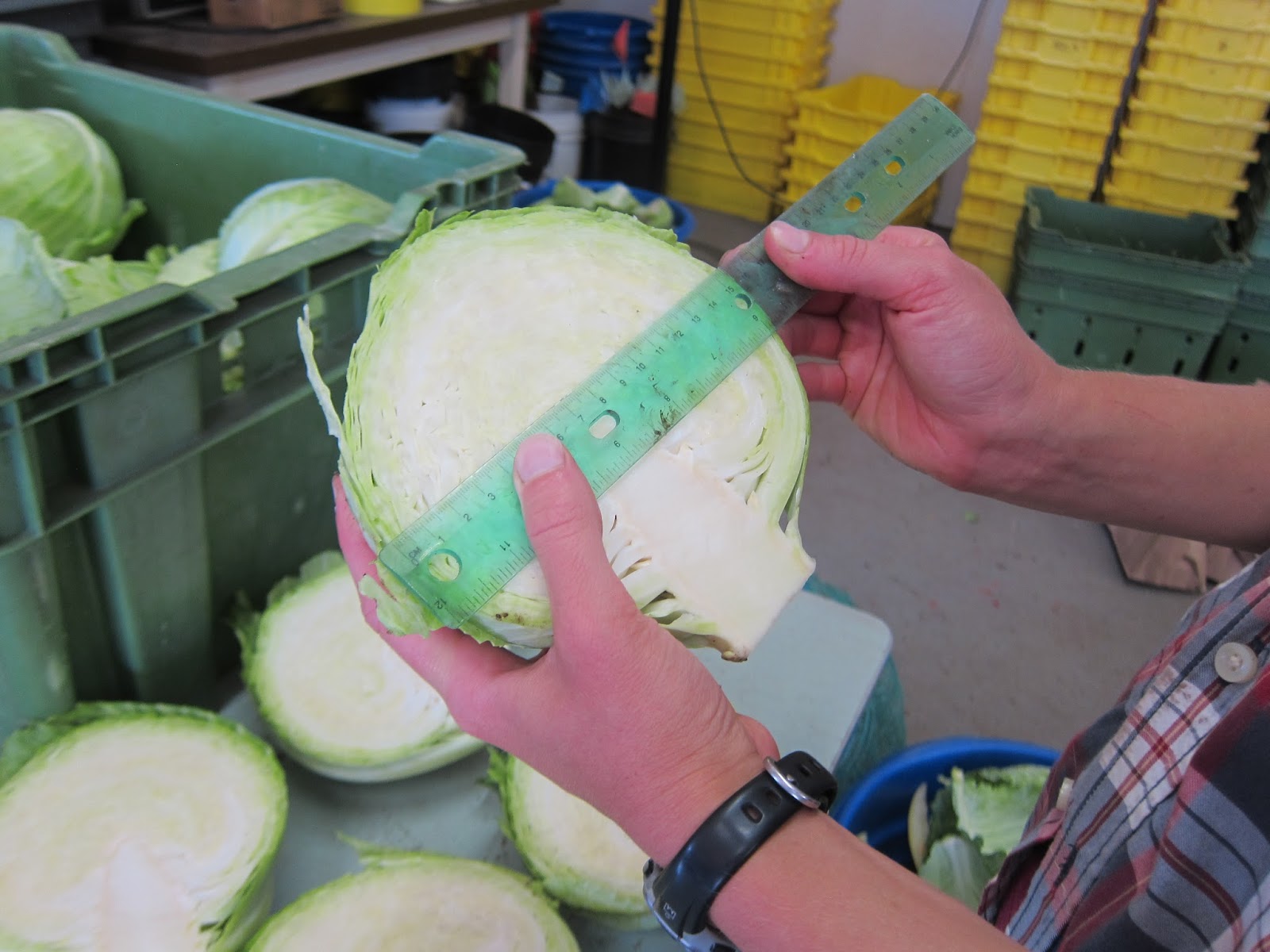 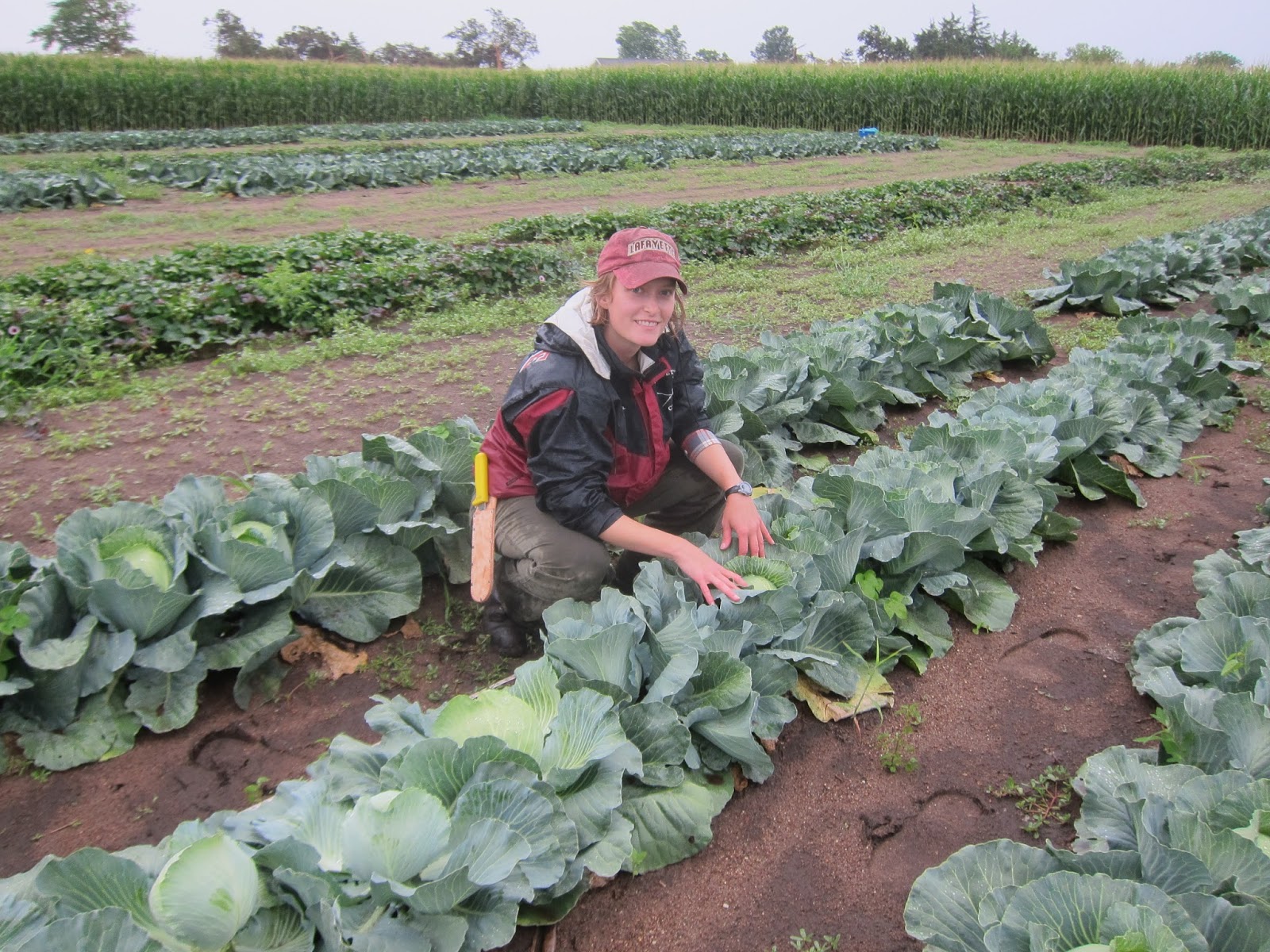 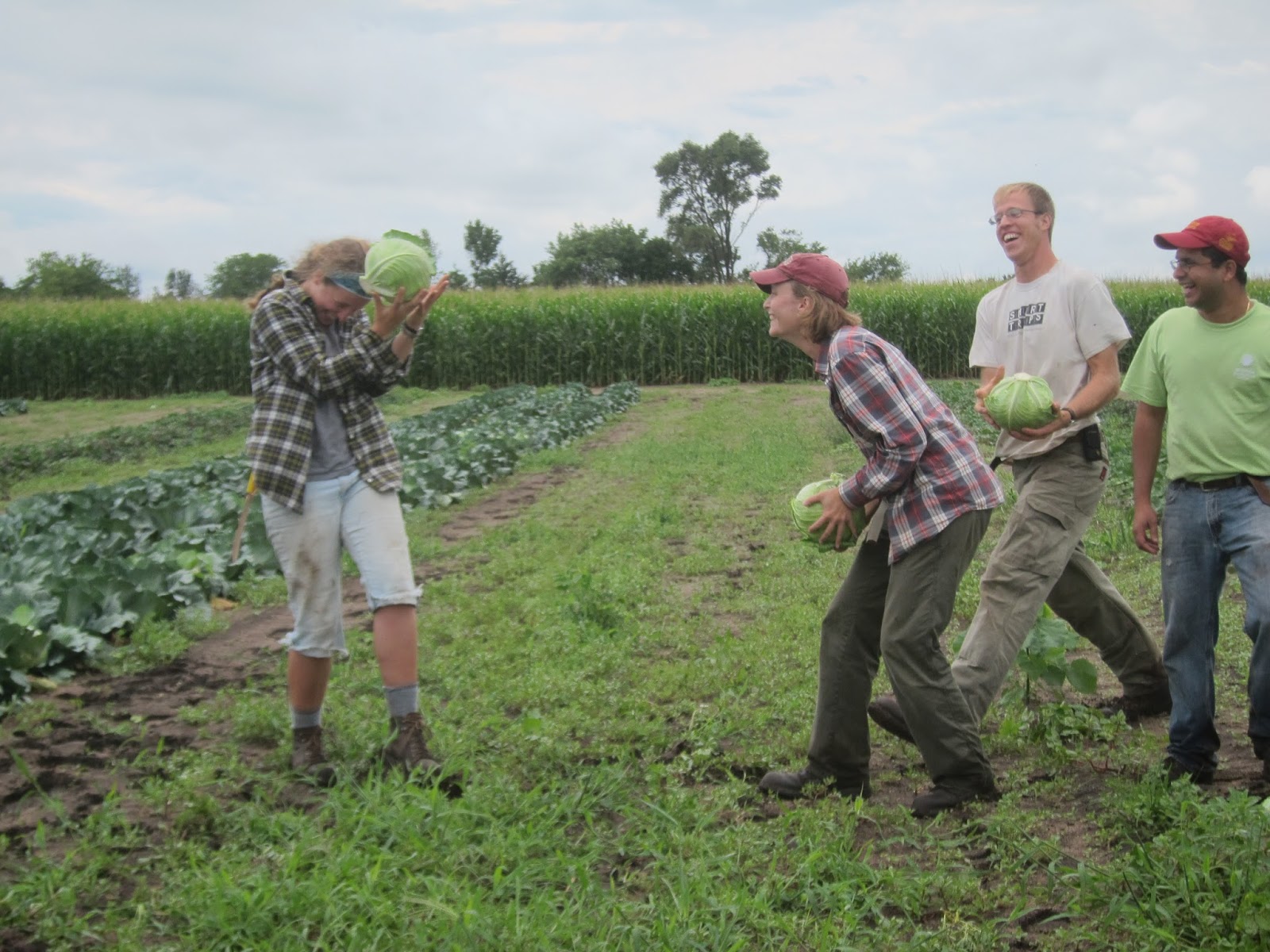 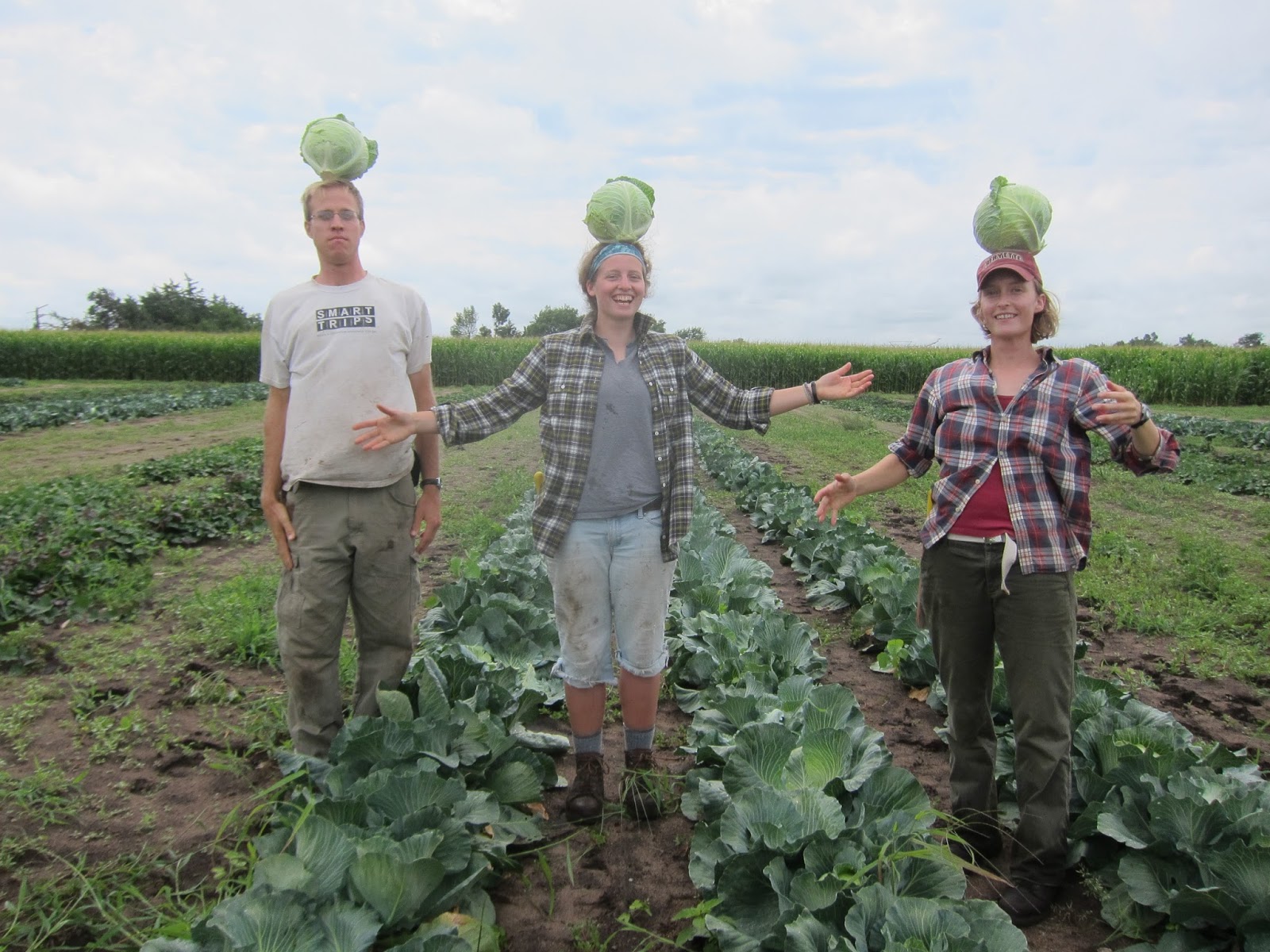 Folks, please see the news release from EPA about the release of a new nematicide for use in vegetable production.

EPA Registers New Nematicide Alternative to Restricted-Use Soil Fumigants, Including Methyl Bromide
WASHINGTON--The U.S. Environmental Protection Agency is registering a new active ingredient, fluensulfone, a non-fumigant nematicide that provides lower-risk chemical control of nematodes than methyl bromide and other Restricted Use soil fumigants. Under the Montreal Protocol, EPA has phased out methyl bromide because its use depletes the ozone layer.

Nematodes are difficult to control and can cause significant economic damage by reducing crop yield and quality.  Fluensulfone is a nematicide for pre-plant, bare-soil application on fruiting vegetables and cucurbits – cucumbers, melons, squash, tomatoes, okra, eggplant and peppers.

Of the seven main alternatives to fluensulfone used in the last five years, six (including methyl bromide) are soil fumigants and the seventh is a carbamate. All seven are Restricted Use Pesticides, which may pose a greater risk to human health than fluensulfone.

Restricted Use Pesticides require special applicator training and certification, reporting and record-keeping and additional restrictive labeling to protect against human exposure. Soil fumigants can be labor intensive, requiring tarping and posting of fields.

With its evaluation, EPA confirms that when used in accordance with the newly approved label, fluensulfone meets the safety requirements in the law. 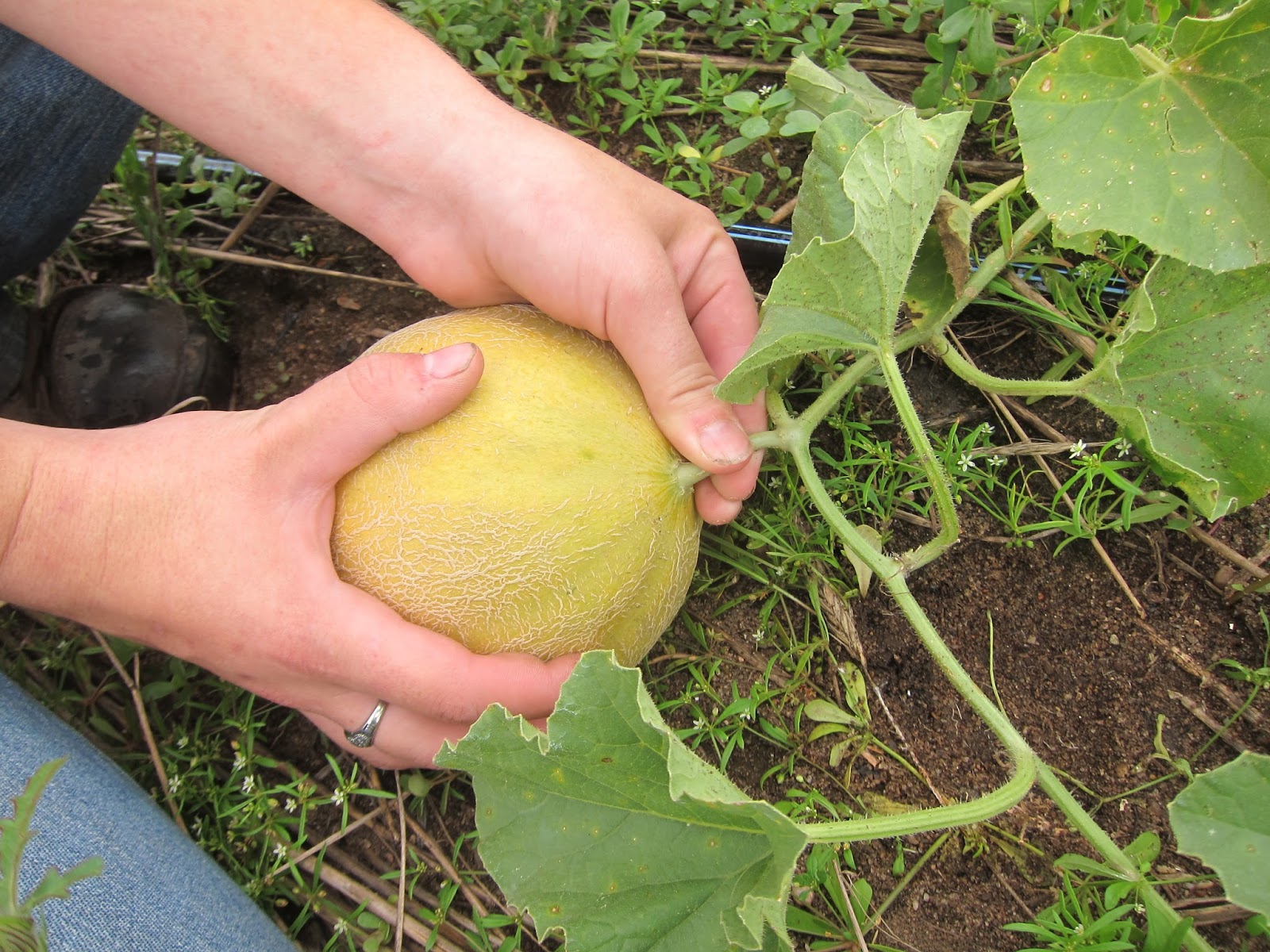 Hurray......summer time is melon time ! (not too much left). These sweet and juicy fruits are common at farmer's markets, farm stands, and local grocery chains. As a grower picking melons at the right time is paramount to ensure the best quality. It is sometime not easy to judge the correct harvest stage based on harvest acronyms - full slip, half-slip, etc.  For maximum flavor, muskmelons should be picked when at "full-slip" or when the stem easily separates from the fruit. Though shelf life is shorter, full slip may be preferable in direct market situations. If the melons are going to be shipped, it is better to pick at "half-slip" stage (you have to pull a bit to separate the melon). To make things easy, please watch the video below. We hope it will help you become a better melon picker !